Mathur’s career spans over 40 years in basic and applied biotechnology with focus on translational science. Eric entered the San Diego biotechnology arena early, in 1983 as founder of Stratagene, where he discovered and commercialized Pfu DNA polymerase, which is still a mainstay enzyme used in the PCR industry. After a nine years’ tenure, Mathur was recruited to become the first employee of Diversa Corporation, which later achieved the largest biotech IPO of the time, raising $200MM in 2001. At Diversa, Eric managed a large scientific team and multiple corporate collaborations with industrial partners including Syngenta, Dow Chemical and BASF. Following 14 years with Diversa, Mathur was recruited to start Craig Venter’s company, Synthetic Genomics where he led research efforts in microbial enhanced hydrocarbon recovery sponsored by BP; he also spearheaded the genome sequencing and annotation the oil palm genome for Genting Berhad; and established a platform for plant growth promoting bacteria which led to the spinout, Agradis and subsequent Monsanto acquisition.

Eric’s interests then turned to plant genomics and crop domestication; he worked as Chief Science Officer for several companies including Yulex Corporation and SG Biofuels, GreenKiss NY and Cultivation Technologies Inc., and most recently Tilt Holdings, where he applied modern genomic tools and plant molecular breeding methods to accelerate plant productivity. His work culminated in dramatic yield improvements in these two sustainable crops, Guayule for natural rubber production and Jatropha for biodiesel. In addition, Mathur’s team has made significant advances in Cannabis & Hemp and continues plant improvement activities with a number of organizations.

Eric Mathur is an internationally recognized speaker who authored over 50 peer-reviewed publications and is named inventor on 100+ issued patents. Eric’s passion lies in leveraging genome-based technologies to develop nutrient dense foods and therapeutic medicinals; Mathur is also an ardent supporter of sustainable agricultural and does his part to help secure global food & energy security, while minimizing the impact on our fragile environment.

Mr. Inwentash is a director and VP of Investments at ThreeD Capital, where he focuses on identifying, researching, and meeting with early stage companies in various disruptive industries. He is also a registered Dealer Representative and has a successful track record of raising capital in industries such as mining, battery recycling, organic food, high performance computing, biotechnology and blockchain. Mr. Inwentash has significant capital markets experience; he is an advisor and board member of several private and publicly listed companies. 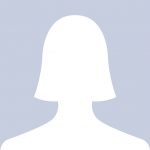 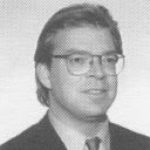 Mr. Howlett has a 35+ year history in research-based finance and independent research. His experience spans corporate finance, mergers and acquisitions, due diligence assignments, business and strategic planning, , and royalty financing. Industry focus has primarily included a broad range of resource-related and technology sectors. 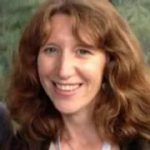 KOP Therapeutics
Past Scientific Advisory Board Member
Dr Emma (Tomlinson) Guns, graduated from the University of Liverpool in Pharmacology/Chemistry and completed a PhD in steroid drug metabolism (1997). During the past two decades she built and sustained operation of the Analytical Mass Spectrometry Core facility at The Vancouver Prostate Centre to facilitate drug discovery research at the centre and her research lab as well as countless other scientists working in cancer research. Former member of the Faculty of Medicine at The University of British Columbia, Vancouver, Canada. As faculty in the Department of Urologic Sciences, she was a Senior Research Scientist at The Vancouver Prostate Centre having secured CFI funding to create a Pharmacology Core there in 2003. Within the past 5 years Dr. Guns sat on the clinical research ethics board (CREB) for UBC and VGH (Vancouver General Hospital) as well as numerous grant review panels for amongst others, the Canadian Institutes for Health Research (CIHR), providing expertise in the pre-clinical evaluation of drugs for use in prostate and breast cancer. She has published more that 100 peer reviewed articles and secured millions of dollars in research funding. 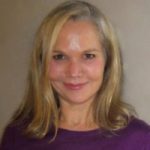 Joyce Heinzerling Davis has extensive professional experience in the fields of law and corporate governance. In addition to KOP’s Board of Directors, Ms. Heinzerling Davis currently serves on the board of directors of the Value Line Funds, a $5B US mutual fund family.

Ms. Heinzerling Davis is a graduate of NYU’s Graduate School of Law and has served on other corporate and non-profit boards and advisory boards. Ms. Heinzerling Davis frequently served as a panelist at industry conferences covering topics including regulatory developments and best practices for fund governance. 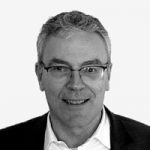 Marco Strub has over 25 years of experience as an entrepreneur and executive in the financial services and consulting sectors. Since March 2003, Mr. Strub has been the Principal and Chief Executive Officer of Sircon AG, a portfolio management company based in Zurich, Switzerland. Prior to this, Mr. Strub served as a Partner of Exulta AG from 1997 to 2003. He has been an Independent Director of numerous private and publicly listed companies, including Triumph Gold Corp and ZincX Resources Corp, listed on the TSX Venture Exchange. Mr. Strub received a Master of Arts degree from the University of St. Gallen, Switzerland in 1982. and as a principal of Sircon AG, A consulting and investment research firm in Zurich, Switzerland. On Board of various publicly listed companies and acting as an independent director of Triumph Gold Corp. and ZincX. 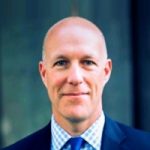 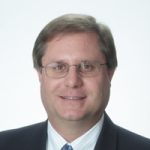 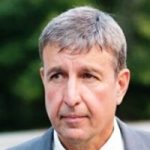 Mr. Gajdics has been a licensed investment professional, recognized by the Canadian Securities Commission since 1982, registered as a stockbroker with the BC Securities Commission and the IIROC, Investment Industry Regulatory Organization of Canada. Licensed to manage investments for individual clients in 1982 at Yorkton Securities, Mr. Gajdics retired in 1998 and established himself as a specialist in corporate governance, project finance, mergers, and acquisitions. As an Entrepreneur and investor with over 35 years in the business of raising equity for start ups and mid tier companies, Mr. Gajdics specialized in the structuring of early-stage companies as well as identifying the specific financial instruments best suited for each venture with a special interest in the resource sector.

Currently, as President and Chief Executive Officer of KOP Therapeutics, Mr. Gajdics entered into discussions with Thomas Jefferson University and The Sydney Kimmel Cancer Center. Working closely with Dr. Mathew Thakur and Dr. Eric Wickstrom (lead investigators and creators of the new and novel Technology) which lead to the acquisition of the Worldwide Exclusive license in early 2019 for the Newly discovered Cancer Therapy Platformed, designed to Kill Cancer Cells with little or no side effects.

Mr. Gajdics is responsible for the commercialization of the Technology, raising the required seed capital, negotiating the research agreements and instrumental in the patent strategy and execution in partnership with Thomas Jefferson University. Mr. Gajdics is responsible for guiding KOP Therapeutics, and its future vision to give Cancer survivors a fighting chance to live normal lives, free of Cancer. 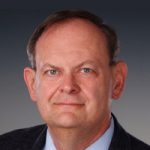 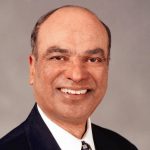 Professor of Radiology,
Radiation Oncology & Urology,
Thomas Jefferson University
Dr. Mathew Thakur is a Professor of Radiology, Radiation and Urology at Thomas Jefferson University in Philadelphia, USA. He is an active member of SKCC and the director of the Laboratoires of Radiopharmaceutical Research and Molecular Imaging. He obtained his MS and PhD degrees from the University London, England. He was a member of the scientific staff, Grade 1 at the Medical Research Council, Hammersmith Hospital, London, England and a Visiting professor at Washington University, St. Louis, MO. Before arriving at TJU, he then was Assoc. Prof. of Radiology at Yale University, Newhaven, CT. and Research Assoc. at Brookhaven National Laboratory in Long Island, NY.

The major thrust of his research is to develop radiopharmaceuticals for diagnostic and therapeutic applications of life-threatening diseases. He has published more than 500 original articles, review papers, book chapters, abstracts, and editorials. He has also published 4 books and translated his basic research into translational clinical applications. He has given more then 500 invited and named presentations in the USA and abroad, in academic institutions, industries, and at national and and international scientific gatherings. He holds 30 active and pending patents and serves on the editorial board for 24 journals. As a PI and a Co-PI, his research has always been funded by federal, foundational, and industrial grants. Currently, I hold three eINDs from the US FDA to perform translational clinical research. His extensive contributions to the field of nuclear medicine and molecular imaging are well recognized by his peers, for which he has received 13 national and international awards, including the Society of Nuclear Medicine’s highest honor, the Benedict Cassen award. He is a fellow of five prestigious professional organizations and has been elected as President of three international societies, including the Society of Nuclear Medicine and Molecular Imaging. During his career he has collaborated with many national and international institutions and been a close associate of Dr. Wickstrom for more than two decades.